The year is coming to an end and all nominations for the different Swedish music awards of 2008 are now official. This year kent has been nominated for one Grammis, four Rockbjörnen awards and "The Golden microphhone" for best live act at the P3 Guld Gala. You can make your voice heard by voting for kent in each gala below.

Kent was nominated for ten Swedish awards in three different award shows for 2007, they won four. They also won the title best artist/group in Swedish radio P3s vote off Svenska Popcupen. Check out the list below for details. 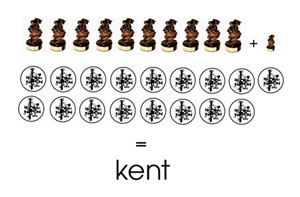 Some award shows comes and goes and the last couple of years the Swedish audience has seen both the Nordic Music Awards, NRJ Radio Awards and the Swedih Hit Music Awards come and go. However there are at least two Swedish award shows that's been around for many years now; Grammis and Rockbjörnen.

The Grammis award is presented by the Swedish music industry through Swedish IFPI (International Federation of the Phonographic Industry). It was founded in 1969 but had a break 1973-1986. Since 1987 it has been presented yearly and the nominees and winners each year has been decided by a jury. The 2007 Grammis is the first time the Swedish people are invited to join the jury in voting.

The Swedish tabloid Aftonbladet's award Rockbjörnen has been held yearly since 1979. It is a people's choice award where nominees and winners are decided by the Swedish people.

No other band or artist in Sweden has been presented with more Rockbjörnen and Grammi awards than kent. Up until now they have recieved 11 Rockbjörnen awards (10 "normal" plus one special award) and 17 Grammis. The massive success of Vapen & Ammunition in 2002 resulted in 21 (!) different awards for kent. Of those 21 awards 7 were Grammis. No band or artist in Sweden has ever won that many Grammis awards during the same year, not before, nor since.

Below you find all awards presented to kent. You can sort the list both by year and by awards.